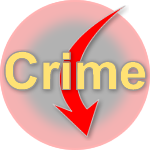 The Richardson Police Department has announced that the overall crime in Richardson was down during the first 6 months of 2010, and also noted that crime in areas with active Homeowners Association areas is 50% lower than crime in the non-HOA areas. Furthermore, the crime in HOA areas with Crime Watch Patrols — like the Reservation — is only 25% of the levels of crime in non-HOA areas.

Reservation HOA President Darrell Day said that if you’re interested in joining the Reservation Crime Watch Patrol and helping keep our neighborhood safe, the next CWP training class is on Aug. 23-24.